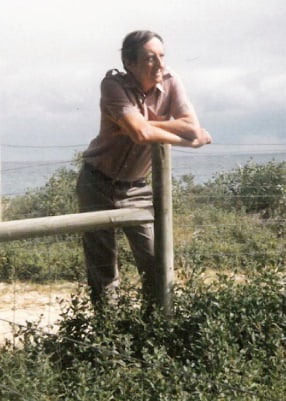 In May 1982, David Whiting turned the key and opened the door of the small rented room in an old Country House in Lymm and began day one of working for himself. This small and seemingly insignificant act came from months and months of David and his wife Irene talking through the risks of giving up his secure job in a large construction company to embark upon his dream of setting up his own Company. On this day, the lights were switched on, the fax machine sprang into life and he sat and waited for the phone to ring.

David’s years of working within the construction and mining industries, living both in Australia and the UK had laid down a groundsheet of experience. He was regarded as one of the most combative and successful Buyers of his time by colleagues and sellers alike. One quote from a fellow buyer was “he will squeeze every last drop and then come back to check for more”

This was the success that Chase International was borne from, that fundamental principle of getting the very best deal for our Customer. That very same principle is front and centre within the thread of the Chase fabric today.

However, above everything else David treasured the love of his family. David’s ethos in starting the business, was for the business to grow and flourish and to remain a family business.

It was around this time that Brian was starting his career working for Ingersoll Rand, a large engineering and manufacturing company based in Wythenshawe, UK, and it was here that he met David’s youngest daughter Anne. Brian and Anne began dating and following several years together they were married. In 1987 David invited Brian to join Chase International, a busy year for Brian as his marriage to Anne followed shortly after.

Brian came with an exporting pedigree bringing many new ideas and managed, with some persistence to bring Chase into the computerised world. David and Brian worked together for many years and Brian was appointed Managing Director in 1995 and took ownership of the business when David retired in 2002. Over the last 33 years Brian has turned Chase into what it is today, a small and powerfully successful global company retaining the core values of a family run business with its unique identity and personality.

2 years ago, Brian and Anne’s youngest daughter, Amanda, joined the Chase International team and forged yet another family dynamic to the ever evolving Company. The addition of Amanda has strengthened the family link within the business. Brian sees his colleagues as his work family, with many of the team working alongside him for over 10 years. We consider trust, honesty and open communication between our team and our customer’s the key to our success.

The same drive and determination lives on today as it always did and the emphasis on the customer and their needs are as important today as they were 38 years ago.

Evolution of the CHASE International Logo